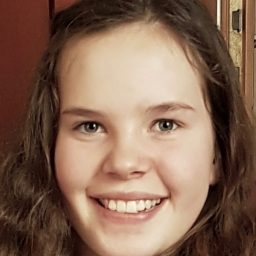 On the 22nd October the Thor Heyerdahl started her 10th journey to the Caribbean islands. On the ship is a crew with teachers, pupils and sailors. For most of them it is the first long tour with a ship, so all of them are very excited how hard the seasickness will be. To give you a better insight how the experience of these guys had been I will tell you something about being seasick on the Thor Heyerdahl.

After we sailed through the NOK the ship started to roll but the waves were not that high, so it was fun. Two hours later the waves were getting higher and the first people thought they might have to vomit. They tried to fix the horizon with their eyes to feel a bit better. For most of them it didn’t work so they had no other chance except vomiting. The name for vomiting in the sea is ‘fish feeding’. With time more pupils and teachers experienced seasickness. The fishes were fed very well by us. I think it is enough for the next year. With the beginning of the night over 90% of us were seasick.

Furthermore, people from the crew, who were not seasick helped others by bringing them rusk and hot tea. The day after that one, the number of the sick people decreased but all of them were tired. I thought the seasickness is over and it was very happy to feel great again.

One day later everything was different. Seasickness was back because the waves on the North Sea were getting taller. They were two times higher than the days before. Because of the shortness of the waves the “little” ship Thor Heyerdahl got into every wave, so the ship went up and down. Everyone except the sailorcrew got seasick again. In my opinion it was harder than the days before. Often one of us put his/her head over the ship to feed the fish. Bags for vomiting were handed out in the messroom.

The following day all of us felt better and most of us were healthy again. The mood on the ship was great. The seasickness was over, the waves were getting smaller and the sun was shining. The day was a Thursday and Thursdays are like Sundays, sailors named it “sailorsunday” so we got watermelon, nutella and one roll for breakfast. Our empty stomach was filled with a lot of tasty things.

After we saw the pretty town Falmouth and bunkered water and fuel, our journey on the sea goes on. We left at 3 o’clock pm. In the early evening we heared a presentation about seasickness. Now we know something more about the things happening in our body, if the waves on the sea are tall. With the end of the presentation some pupils and teachers felt bad because they thought they were seasick again (the waves became higher). One of us left the presentation in the messroom, he had to go upstairs to fix the horizon. The “new” seasickness was not that hard and only a few of us felt bad. The highlight in this evening was the sunrise and the dolphines we saw under it.

Here are some tips how to feel better when being seasick:
– Try to fix the horizon with your eyes
– Lay down in your bed and close your eyes

To sum it up: being seasick is hard but afterwards if you feel better being on a ship like the Thor Heyerdahl is the greatest experience you can ever have.