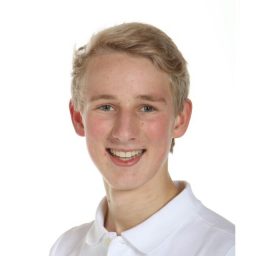 Like all of the former KUS years, we also have 5 different projects this year, in which we work together to reach a big aim at the end of our voyage. Some of you may have heard about this. If not, I will provide you with information about it in my blog post, structured with a few questions.

What is a project?
Every year there are certain projects, always about 4 or 5 which are supported by teachers. The “genres” of these projects have hardly any restriction. That means the topics could be about science, art, technology, but also other fields apart of these are possible.

Which are the 5 projects at KUS 2017/18 ?
Firstly, there is the photo project. The leader is our English and History teacher Henni. In order to have the possibility to look back at our voyage, when we will already have arrived in Kiel, the group takes photos of nearly every situation and person on the Thor Heyerdahl. But also on the shore leaves the hard-working members take thousands of funny, impressive and really beautiful pictures. Furthermore, they sum the pictures up and sort them out so they can send the best ones to our website. Now they can be seen in the gallery 2017/18 which you should visit after having finished reading.
The second project is a bit similar to the first one, but as well as important as it: the film project. In principle, their job is to film our every-day life. After they have summarized and sorted it out they have to cut their filming material and convert it into a whole film. Finalizing their work, they also post it on the KUS website (you have hopefully seen the first one) and on YouTube. The project’s leader is our Chemistry teacher Karina.
Obviously it is important to mention our science project: “plastic in the ocean”, which is led by our Biology and Geographic teacher Tobias. As the last KUS year has discovered that there is more plastic in the ocean than living animals like plankton, the group will proof whether that is right. Generally spoken, on the one hand the group counts the trash they find in the sea and on the other hand put sea water under the microscope to proof the assumption of last year.
Our connection to the rest of the world is Elena’s (Spanish and German teacher) project. The group does public work that means writing articles about special events like climbing the Teide or our excursion on Santa Cruz de Tenerife for the website or for some newspapers.

Last but not least, there is the choir led by Ferdi, our Maths and Physics teacher. The members, to which I count, too, are a kind of self-named entertainers of the ship. We practice singing, learn and compose new songs. Whenever there is time left we sing for and with all people on the Thor. We also share our skills of playing the guitar, drums, piano and saxophone, presenting it on special events.

What happens with the projects on our trip and what have the groups achieved up until now?
Now as you know what projects we have this year, there will now be more specific information about them. Since we have started our voyage on 21st October, we have got two hours every Friday in which we are able to work on our topics. In addition to these two hours, every group has some special working times, e.g. one person of the photo project is allowed to take pictures in “all hands maneuvers” or some members of the film project record us during our watch. Until now the photo project took a lot of very good photos for the website.
At the end of our voyage every project should have a final product which contains all the information they have collected on the trip. The film project for example already has one part of the final film and a lot of the interviews for the “10-years-KUS” festival. Moreover, the plastic in the ocean team is experimenting and taking samples of sea water and I hope you have read one of the amazing texts the public work group has written. We the choir composed a Thor-Hymn and sang on every special event like “Besanschot an“ and on every arrival at a port. We also sang in the streets of Santa Cruz de Tenerife like a busker and earned enough money to buy ice cream for the choir’s members. This was a fun experience!
All in all, one can say that all groups have started their work very well.

Is there a long-lasting effect?
To this question you can really say yes. These projects prepare us for our A-levels or especially for the German “Oberstufe” in which we have similar projects, too. Furthermore, it prepares us for further topics and further groups. Moreover, the final exercise always reminds us of our wonderful time with beautiful moments and a lot of fun.

To sum it up, it should be mentioned that the projects are a very good way for us to learn something new apart from our classes, to prepare us for our future school life and to have a very good “souvenir” from our voyage.

Have a nice Christmas time!