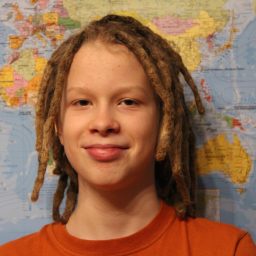 It is written on our weekly plan: one word in German in red letters „Schüler-“(Student) „Versammlung“ (Assembly). Not everyone of us students looks forward to these meetings. Especially the galley duty of that day does not like it because they also have to take part in our meeting and therefore are not able to clean the galley in time. That causes a delayed end of the day for them and therefore less sleep.

One might guess that 33 students (at least 15 of them are pretty bored) try to discuss difficult topics and try to find a solution, which everyone is satisfied with (or does not hate) is not quite easy; especially when the meetings are placed strategically in that time period when no presentation or ships meeting is placed, so that everyone except the watch would have a free evening. This leads directly to the next point – the watches.

That time, when the meeting is about to end and most students stop repeating themselves, some people realize that their watch is starting in a few minutes. That is why they start to repeat each other and everyone else – a commonly seen phenomenon in student assemblies because some students do think that their point was not well understood or represented. Another phenomenon is that they start to make very useless proposals and the presenters actually have to do an election about even the most useless and unfitting point. That is why most of us are just bored sitting around.

It cannot be so hard to find a way that is ok for everyone. Students, who do not actively take part in the discussion fight their boredom by yelling more or less funny comments, that just interrupt the discussion and increase the noise in the mess room.

But all in all, student assemblies are more ore less productive because here is the place where students can talk about everything that they might want to change or at least want to discuss, such as problems with teachers or crew members. This way the students can see if someone feels the same about a certain problem.

This is the first task of the student assembly and by far the one that is most often used. The second one, which only needs to be discussed once in every stage of the journey, but is by far the one causing the most drama and taking the longest, is creating the new watch and chamber plan. Often, there is a fight about who is going to live in the best and biggest rooms and who will have to live in the smaller ones. One might say that it would not matter too much because most of us do only use their room for sleeping. Nevertheless, there often is a whole drama but in the end it all works out (more or less).

But there is another point on the list – the new watches. Everyone has to be in every watch at least once in the journey. As already mentioned, we all have to change not only our rooms but also our watch at the beginning of every new stage what means five times in the whole journey. On the Thor we have – different from a traditional way with three watches – four watches. Watch one and two are more preferred. That is why nearly everyone in watch three and four is not happy to be a member of one of these watches. So trying to make the new watch plans is always a highly discussed topic in student assemblies.

To draw a conclusion, what students talk about in these one to one and a half hours is often not as interesting as the teachers and crew might think. Most of the time we talk a humongous time about unnecessary topics. A good example is our discussion about whether we want to eat more meat or whether it is enough or even too much – it took us far more than 2 hours to find out that only two people want to eat more meat and everyone else is quite satisfied with how it is right now. Another time we had to give feedback to the crew and it took us more than one hour to find someone for every member of the crew to give him or her feedback. But actually it is a great way to care for everybody’s right to be heard. So that is a quick overview of the things which happen in our student assemblies.