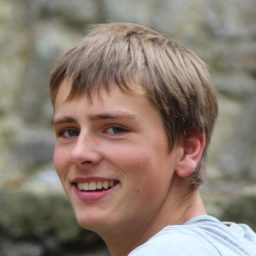 „If you fear being seasick, you are afraid of dying. If you are really seasick, you actually want to die. Eating apple pie helps. Tastes just as well when it comes back up.“
– quote from an old sailor

Luckily, onboard the Thor Heyerdahl, nobody was seasick enough that he or she wanted to die. However, seasickness is a topic which often occurs here. While the adult crew had already gotten in touch with this annoying fact, most of the pupils did not know what being seasick is like. Probably the major part of us had worried about it at home, maybe there had even been teenagers who had not applied because of their fear about seasickness. Who knows?
The fact is that soon after passing the Kiel Canal, which links the North Sea and the Baltic Sea, while I was on sentry duty, all but five pupils were seasick. In this condition they stayed up to two days. Their symptoms had a wide range beside vomiting, from just feeling tired or dizzy to being completely weak-willed. Some also had a headache. As one can see, a seasick person is not feeling well in any way. To make life as easy as possible for them, the small group of non-seasick took over most of the jobs that had to be done during watch duty. So, logically, sentry duties in rough seas are stressful for both groups: the seasick and the non-seasick. But although we had the best weather conditions (2 meter waves and only 5 Bft wind), our crew suffered quite a bit as well. How will this be on the Atlantic ocean? I was told to expect about 8 meter high waves… This may going to be fun.
This is how we feel about the seasickness and the consequences it has. But what about the why? In general, every human being is able to get seasick at some point. Very simply said, seasickness is a struggle in your brain between the sense of balance and the visual system. Through complex connections, your stomach knows what to do: vomit now, please! Luckily, there is a reason to hope: our brain becomes familiar with the new pattern of movement after two to four days. This progress called adaptation is common, but not a guarantee for our bodies. Only five percent of all humans never adapt. No worries, onboard every single pupil has adapted until now, some earlier, some later. Actually, most of us have soon adapted because of the very good weather conditions. This is enough about the bad side of seasickness, we need something less serious. Let me tell you a short impression of a suffering pupil: While I was working on setting the sails, I saw a good friend of mine running to the ship`s bulwark and starting to empty the content of his stomach. I brought him a tissue and asked him how he is feeling. „Oh, I`m fine. Thank you. Now I have to finish cleaning the bathroom, see you later!“ You see, we have not lost our positive attitude.
I hope I was able to give you a good overview of the seasickness onboard our ship. Up to now, every KUSi has survived it and is in very good health by now!