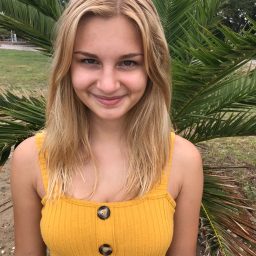 Our visit at the Thor Heyerdahl Museum had already been the number one topic for a week, and everyone was excited when we entered the hot bus. Especially Jens, who had worked out a presentation about Thor Heyerdahl as a person, adventurer and scientist and his life, was really nervous.

The weather was great and our mood could literally not have been better. Sadly, Jacqueline Heyerdahl, Thor Heyerdahl‘s widow, had to cancel our meeting and the interview we had planned due to personal reasons. However, our class was still able to get a realistic idea of what Thor Heyerdahl could have been like, because Detlef Soitzek was with us in the museum too. Detlef Soitzek was our captain from Kiel to Tenerife and is the owner of the ship „Thor Heyerdahl“. Furthermore, he was part of one of Thor Heyerdahl‘s expeditions, the so-called „Tigris“ expedition.
As a part of Jens‘ presentation, he interviewed Detlef and asked him several questions about how he got to know Thor Heyerdahl, how his life has changed since then and what made him call his ship, the one we all are traveling with right now, „Thor Heyerdahl“. It was really interesting to see how many memories and experiences he made on this expedition. Detlef said that he felt the strong need to share exactly these experiences with younger people and help them grow and build a strong personality, so he started working on the project that is now called „Klassenzimmer unter Segeln“. Detlef Soitzek named the ship that is used in order to sail with the young people „Thor Heyerdahl“, just like his inspiration.

We were all very interested in finding out more about the man whose name our ship is carrying, and the Thor Heyerdahl Museum is the perfect place for that. The main building is located right next to a big botanic garden where one can also look at the pyramids that made Thor Heyerdahl move to Tenerife. In the exhibition, there is a lot to see, for example the models of the different ships Thor Heyerdahl built out of shilp or eucalyptus and after very old building plans. He believed that America was discovered far before Christopher Columbus arrived there, because of similar looking pyramids, pieces of art or sculptures of the same age that could be found on completely different parts of our globe. At first, many people did not believe him, so he started to look for a way to prove his theory and did that by building antique rafts and trying to cross the atlantic ocean. When he finally accomplished that, more and more scientists and explorers started to believe him, because if he could do it with a boat like the ones in the past, the people before Christopher Columbus could have done that, too. They started to look at Heyerdahl‘s expeditions as a proof for that.

We spent a wonderful and interesting day at the museum and got the chance to take a look at the life of a great explorer, who inspirated our trip a lot, too.