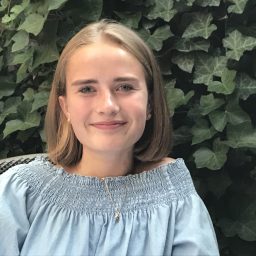 My final memory of being in contact with soil beneath my feet: leaving Tenerife, and asking myself „How will I cope with no contact to society for three weeks? The constant sound of breaking waves, everywhere around me? And then the arrival, what will it be like? What will the Carribean look like? Entirely different?”
Now, for most kids of our age, sailing around the world for half a year would be adventure enough. Arriving in the ‚New World‘, the continent discovered by Columbus, on a massive ship? Completely unable to imagine for a majority of them. But to arrive on a ship only steered by teenagers, without adult leadership, is a thing that none of them would even dream of. So of course, this is our mission: to try the unexpected and to succeed! A ship handover where the students write applications and fill the positions of the adult crew.
Before, everyone was very excited, nervous, and did not know what to expect. We had a certain amount of positions that we had to fill (captain, first mate, engineer, etc…), but with 34 pupils and everyone interested in something else, this was no problem at all. Everyone wrote application letters for the positions they wanted to apply for, and since often a couple of people applied for the very same position, a bit of competition hung in the air. After a deadline for the applications, the adult crew picked the person that they believed could best accomplish the job that each post had to do. We even had the possibility to make up jobs that we thought would help the community on board.
After the adult crew had decided, they revealed the results to us: We would arrive in the new world with Jonas as our student captain, supported by Jens and Anna D. as first mates. I applied and was accepted as bosun, a job which I shared with Romy as well. To be honest it is a beautiful job, one gets a feeling for how much work is on the ship and about the different types of work a bosun has to do. So we had to take the pool apart after three weeks of utter enjoyment and the last task was to prepare the anchor for the big moment.
But there were also self-invented positions, so we ended up with a cook, a masseuse and an entertainer. All together, our student crew was made up of independent and interested people, so we worked really well together.
Now, I could tell you every single little piece of information about what happened in the following 36 hours, but it would take too much time. In summary, the ship arrived in one piece, and despite a lack of sleep from the crew, it worked out very well. It was a great experience and really helped build up self-confidence.
The morning that we (the student crew) gave back the ship into the control of the adults, we had anchored in front of the beautiful island „Palm Island“. It was exactly how one would imagine a Carribean island: white beaches, clear turquoise water, green palm trees and a blue sky without a single cloud. After hearing about all the safety issues that we had to remember, we finally heard the bell that signaled we were allowed to go into the water. The holiday season had begun!
We ran as fast as we could to the front of the boat, and launched ourselves into the water. What an incredible moment. Three weeks across the Atlantic, nothing but water, still we were never allowed to jump overboard. And now we all swam, as fast as we could, towards the sandy beach. The feeling of land between my toes, finally, again. A pure shot of adrenalin; Everyone was congratulating each other on having reached this point, everyone was going crazy. I just stood there, fascinated, perplexed that I was really halfway across the world, separated from my own family but part of another, larger family. I thought to myself: „Am I seriously standing here right now? The Carribean? The perfect landscape, as one only knows it from posters and movies? This must be what freedom is. The freedom to travel wherever you want, the liberty to explore. How did I deserve this?“
Coming back to my earlier thoughts: How will I cope with no contact to society for three weeks? Easy. The society onboard is enough for a lifetime. I could live like this forever, one does not not need the technology from the modern world (ok, maybe GPS, but that is it). No phones, no TV. Just the amazing moments in life that an Atlantic crossing can give to a person.
The arrival, what will it be like? Breathtaking. Beautiful. Something that one could paint, but only with unmatched artistic skill because only a master could paint perfection itself. The Carribean is how you would imagine it. Absolutely unthinkable that I am here right now.
Is it entirely different? Yes! Its different from what we know, from what we expect, but its a good different. It is a slower, and perhaps even poorer society, but enthusiasm makes up for it. Because it is a paradise, and we are sailing right through it.