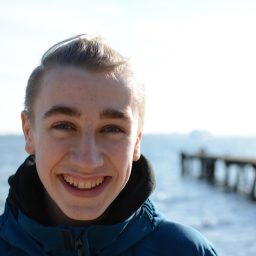 Imagine yourself travelling into the depth of the rainforest of Northern Panama. Wandering through the Jungle one may spot a small tribe of four- to fivethousand indigen people living between the trees. This is the Naso Tribe.

A few years ago all of their villages could only be reached by boat, but nowadays, there is a street to one of the fourteen villages. For a long time economy was only based on agriculture and wood trade. Most of their products were neccessary for them to survive, as that is what the Naso’s lifestyle is actually about, so they were not able to sell too much of their belongings. Througout the years the idea of inviting tourists was slowly evolving. For doing so, it was crucial for them to learn how to handle the internet.

We were lucky enough to visit them for three nights, in which we were shown many things like different types of frogs or how to grow and produce cocoa. But to be honest, sometimes I was not sure whether the things we saw were the complete reality or a bit of an act for us tourists, showing only the sort of indian life they thought we wanted to see. As for example they used dishes of porcelain for themselves, while we ate from wooden bows and drank from cups made of bamboo. Also they showed us some of the many different things from the rainforest they used for building houses and carrying food for longer times. Still, I am not sure whether we were shown the full truth of their culture, as it is nowadays. To me personally it seemed that it was very visible that their culture is constantly changing because of the industrialisation reaching them slowly. For example very few people know the old Naso language anymore. They are trying to prevent this, by starting with teaching Naso in their primary schools again. In my opinion we stayed there far too short for really learning much about them. However, I was very happy when they told us, that all the money they earn from us and other tourists is spent on the Naso society, for example for further education of their children and schools.
A fact supporting the picture of old fashioned indian lifestyle is that the Naso tribe is the only tribe which still has a king, even if this person is more of a representative, like the Queen in England. The great wish of the Nasos is a semi autonomous region for themselfes, like the Kunas have. But at the moment they are still organised by the Panamanian government. The two parties standing near to them are Revolucionario Democrático, with a more socialist attitude, and Cambio Democrático, which is a bit like the Republicans in America. Because of the different opinions between the villages, we saw flags of these two parties at the river Teribe. A very promotable fact is, that the Nasos are quite developed with ecological agriculture and solving the problem of plastic in their environment.

For me, their life seems to be quite relaxed and not very stressful, very clearly shown by many people sitting at the river and washing clothes by hand. Leaving this beautiful place, which I do not really understand yet, I will definitely take with me my curiosity about their real culture and lives including some thoughts on porcelain as well as bamboo dishes.