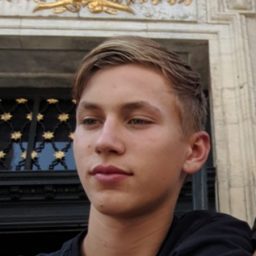 After several days in the harbour, preparing the ship for its upcoming journey, we had to accept the fact that we wouldn‘t be able to see our parents, our siblings and our friends for the entirety of the project. The evening before began with a few well written speeches from the project directors, which were both reassuring and sad for the parents. The introduction of the crew, the teachers and all the Kusis then followed, familiarizing the parents with the caretakers of their kids and the people with whom they would be spending the most time. The parents and the siblings enjoyed refreshments as well as a bit of musical entertainment from the students including a beautiful violin duet from Marc Philipp and Lea and a cheerful song from all the students.

The families were then allowed to explore the ship and get to know our new home. Thankfully they never got to see the state of the rooms when they weren’t cleaned and only saw the result of the „Groß Reinschiff“ that we painstakingly worked through, cleaning in every nook and cranny. Parents, I hope it was worth it and you enjoyed your stay on the Thor Heyerdahl. Even though there was a lot of traffic in the tight corridors everyone got along and got to have a proper tour of the ship, which helped to calm their nerves even more. Finally the Kusis were permitted to leave the boat, if they wanted to, and could spend their last night before the project with their family. This was the time to enjoy a pleasant evening in order to be able to comfortably say goodbye the next day and of course it was loaded with emotions; Sadness that we wouldn’t be able to see our loved ones, excitement for the journey and happiness to be able to spend those few hours with your chosen people.

After a pleasant breakfast we then had to be back at the ship by 9:00 for an important meeting about the upcoming tasks of the day. The farewell started with a very heartfelt ceremony with an orchestra from the Kusis, a very funny song from the crew and a few amazing songs from the parents including some last presents in the form of gingerbread hearts and other sweets. How else would we be able to last six and a half months on the ocean. Again a wave of emotions came crashing down on us bringing several people to tears as we began to realize that this was it. However before we left we were allowed to exchange one last hug and a few loving words with the parents and then we were on our way.

We were finally leaving, with all the sails up, which by the way is not some easy flick of a switch and requires a lot of hard work as a team. But thanks to the former Kusis support and sailed off, looking back at the harbour, still not quite grasping the scale of the journey ahead of us. For the rest of the day we were treated like royalty and were allowed to rest one last time whilst the former Kusis took over and made us some delicious meals. But even though they had to leave us eventually, the final training wheel of the bike Thor Heyerdahl was taken off and we were left to fend for ourselves except for the crew of course they are still here, don’t worry. With them I think we are all confident we are going to make it and are going to learn a lot at the same time.