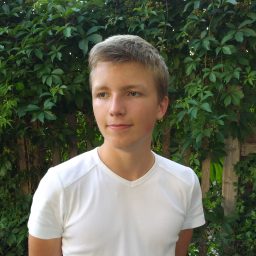 “The North Sea will be really hard!”, Ruth told us while we were passing through the second lock of the NOK in Brunsbüttel, one day after we had set off from Kiel.
At that moment the North Sea seemed calm, but already in that night the wind got stronger and the waves bigger. Now, the first of us discovered what Ruth had meant. They got seasick. The waves in this area of the sea are not as big as those on the Atlantic, but they are short and frequent and that is why more and more people aboard the Thor Heyerdahl were struggeling with this issue. It got really difficult for the four groups, which we are seperated in and go on watch duty, to clean up or sail the ship, while half of their members were seasick.

Furthermore we had to watch out for lots of other vessels heading in all directions. Because the North Sea is a very busy place, there is something like a highway for ships with rules as strict as in car traffic. On one side the ships drive only in one direction and on the other side they drive in the opposite direction. Ships, which cross these lines have to wait and let the ships on the “highway” drive before them. Once it happened that the wind came from right in front of us and we started to move backwards. In order not to disturb the ongoing traffic, we had to navigate in a part of this zone where we were able to stay until the wind got weaker.

Apart from these problems, sailing the North Sea can be really beautiful. After three days the sun came out, the weather got better and the waves smaller. Everyone felt better and the seasickness was mostly gone. Fortunately this day was a Thursday and on ships like the Thor Heyerdahl there is a special big breakfast on Thursdays and Sundays. People, who had just eaten rusk for two days, were really glad about that. Another positive aspect is, that although many ships on the water often mean stress, it is a really nice moment when a vessel drives right besides us and we greet each other with the loud typhons.

On the North Sea we also made our first experiences with the ship routine. We learned how to work with maps, to do engine and safety rounds on our own or write down the weather conditions correctly. We are now able to handle the most important sails and to give commands in an adequate way. But although we have set several sails, we would not really move forward if we had not the engine running. But soon we will have passed through the English Channel and the weather forecast for the next days says that we will get wind from east and I hope, that we can turn Olga, our main engine, off. Then we would move just by the force of the wind and hear nothing else than the sounds of the sails and the waves. We plan to have a short stop in Falmouth, a town at the southern coast of England, where many famous expeditions started in the past, before we arrive in the Biscay and leave the North Sea.

But in about half a year we will see this place again. By then we will have learned much more and I wonder how we will look at the North Sea after we have seen the Atlantic Ocean. Will we be seasick again? What will the weather conditions be like?

The North Sea was just one short part of our journey, but it was quite exciting and if this was just the beginning, what will come next?