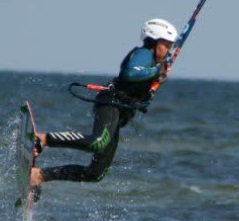 Climbing the highest mountain of Spain is an awesome and difficult experience and we got to our limits.

We started our field trip at the 16th of November at 09.00 am. A coach brought us to an altitude of 2000 meters. During the bus ride we stopped three times. At first we made a stop at a viewpoint because from there we had a beautiful view of the mountain. Tobias (teacher) told us a lot about the zones of vegetation that we saw while we drove higher and higher. The second stop had a breathtaking view! The landscape around us looked like on mars. Some of us took photos and Ferdinand (teacher) explained the function of big telescopes, which we saw at the horizon. He advised us not to use the flashlights of our cameras because they ruin the pictures of the telescopes. The last stop was at the Teide National Park Museum. There, a documentary informed us about the geographic history and how the Canary Islands got formed out of volcanoes.
Before starting our hike, Tilli told us more about volcanoes and their development in her presentation.
After Tilli‘s informative presentation we started to climb the Teide. The first part of the hike was very comfortable because we walked on a large dirtroute. After two hours the path got narrower so we could only walk one at a time behind each other. We went in two groups. The first one went faster than the second one because they wanted to cook for us at the mountain hut (refuge). I was a member of the first group. After another two hours of hiking we arrived at our sleeping accommodation . We met 15 or more other peope at the refuge. Two of them were Russian and French.
Our night was really short. On the 17th November we got up at 04.00 am. We formed three groups so everyone had the chance to decide how fast he/she wanted to hike. The slowest groups started at 05.15 am, the next one 15 minutes later, and the fastest at 05.45 am.
We walked the last bit to the summit in the dark. The path was stony and at the last meters we climbed the rock face. We had arrived at the summit before the sun rose.
We‘ve waited 10 minutes until the sun got up. Many of us were freezing because it was about -5°C up there. A minute before the sunrise, I stood at the hightest point of the Teide (3718 meters) and had a total overview of Tenerife. I saw the big cities of the island. This was the most impressive moment for me!
A moment later the sun rose out of the clouds at the horizon. At the top there was a strong smell of sulphur.
After 15 minutes we got off the summit and started our way back to the mountain hut. There we had breakfast with a view over the small volcanoes around the Teide. After eating, we‘ve had 15 minutes for ourselves to enjoy the view and think about the central question: „How far can I go?“ Vera called it a „solo“. I felt very good by thinking about this question and I think the others enjoyed it, too. Then, we started our way back to the point where we had begun our hike and arrived at 01.30 pm. Ferdinand (teacher) build a circle with some of us to keep warm. They did bonfire dances and suddenly, it started hailing and some of us made a snowball fight.

Climbing the mount Teide was our first big excursion. I think we‘ve learned a lot about volcanoes and vegetation zones. The nature we saw on our hike was very impressive and some parts looked like a mars landscape. A good advice for everybody who wants to climb mountains: Enjoy every step you take as much as you can!