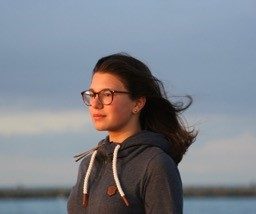 34 teenagers and 15 crew members including four teachers and one doctor have crossed the Atlantic Ocean and have arrived in the New World now. Some of us were looking forward to the end of crossing the Atlantic and others were really sad because they wanted to keep on sailing.

But what is the New World?

In 1492 Kolumbus discovered America. He thought he found India because he tried to find a sea route westwards. Before the Europeans have thought that the world is round they had thought it is a disc. So the discovery from Kolumbus was a completely different and new understanding of the shape of the world and now it is our turn to explore the New World.

How do you imagine the Caribbean (the New World)?

I myself pictured it as a beautiful sea with tropical islands, warm climate and people sleeping in hammocks under palm trees while hearing the waves landing on the white beaches. Maybe you have the same imagination and now I can tell you it does look like it.
Arriving in the Caribbean, we had the possibility of experiencing the whole beauty of that place. With the first sunlight on the horizon an island emerged slowly out of the darkness of the night. When the sun began to rise, the silhouettes of palm trees got more and more visible. Everyone wanted to be on top of the masts within a second to be the first, who got the first glimpse of sunlight and being the first to see those beautiful beaches.
But before we were allowed to go up there we had to clean and tidy up the ship. Between breakfast and cleaning, Herman who is called ,,Herman the German“ entered our ship. He organized a traditional Caribbean evening for us at a friend‘s restaurant. There, we got an introduction by Lambi, the chef of the restaurant, to traditional Caribbean food and especially to fruits. There, he was standing in front of a little table with all the special food on it. It was interesting how different the kitchen is there in comparison to the one at home in Germany. At our dinner we ate food like mussels and fried bananas and we were a bit surprised but it tasted really, really good and we enjoyed the variety of the different typical Caribbean specialities at Lambi‘s bar.

Talking to people on the different islands, a lot of us immediately recognized the different mentality of the Caribbean people. The indiginous lifestyle is way more relaxing than we know it from home. We also enjoyed Raggae music, we were dancing to.

In the end we can all say that arriving in the New World was really interesting, exciting and it was also a completely new world for all of us.