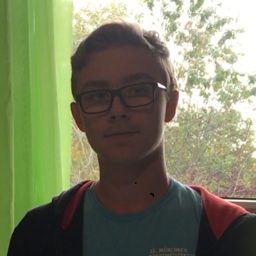 Just like KUS has done it for years now, we also crossed a part of Cuba with our bikes which we had brought with us from Germany. After the tour we want to leave them in Cuba as a gift for a couple of people.

In the beginning it has to be said that most of our bikes have not been the best bikes in the world. Many were broken before the journey had even started. One example is Cajo’s, whose bike has not outlived the Atlantic crossing.

All these problems from flat tyres to broken gear played a bigger part than I had thought at first. Thank god we had Tobi, who was nearly all the time able to repair the bikes. In the end it was all just material and material is not that important.

The tour through Cuba was funny and also interesting. It is another thing going by bike compared to traveling by bus or train. You are slower and recognize the landscape in a different way. You see all the trees, hills or oldtimers in detail.

At our first day most of the time we drove through a forest, which was not too different from the forests in the middle of Europe.

The streets sometimes have holes in the asphalt. Those can be very dangerous if you do not watch out. All in all, we sat two days and two times half a day on the bikes. Two days to Pinar del Rio, a half day to the valley of Venalis and half a day to get back to the school in Pinar del Rio. Nearly all the time during the tour as lunch we had peso pizza. A peso pizza is a small kind of pizza which is sold for about ten pesos. These are circa fourty cents. After the journey we all have eaten more pizza than in our whole lives before and everybody was a specialist for this kind of food.

For most of us, the last day was the funniest because a dog followed us for about three hours after Tobi had given him water. The dog ran behind our bikes all in all for thirty kilometers and only when we arrived at our partner school he left us to join the guys of the school.

All in all, the days have been a great fun and we recognized many different facets of Cuba.