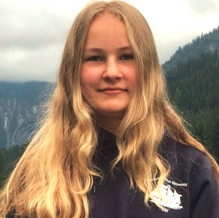 Cuba is a very different and special country compared to Germany which we have all experienced while crossing fields, villages and small cities by bike, visiting some big cities of Cuba, such as Havana and especially while visiting the Friedrich Engels school for half a week in Pinar del Rio, where we learned much about Cuban school system and society.

When we arrived at the school with our bikes, wearing our white KUS polo shirts like our school uniform, the students and teachers welcomed us with applause and even had a small show with musical acts for us.

Afterwards they presented us the school system of Cuba, especially referring to the Friedrich Engels school, which is a school for highly talented students:

This system consists out of nine years with the duty to go to school. After these years it depends on the achievements of the student whether he or she continues his or her education and gets the chance to study at a university, such as the one in Havana. One great thing about the system in Cuba is that the whole way of education is paid for by the government.

After the presentation everyone of us was guided through the school by a student who would take care of us for the next few days.

While walking through the school, there were some things that caught my attention because they are different at home, such as the classrooms. On the top of every door there was written the name of an important person of Cuba, for example someone who fought during the revolution. Furthermore, there were quotes and pictures of the same ones on the walls of the classrooms.

Besides the normal classrooms, the Friedrich Engels school has special rooms that are used as museums to present, for example, people who fought in the revolution or founded the school. Another difference between this school and a usual school is that nearly half of the students live in a separate part of the school like in a boarding school.

In every break the students listen and especially dance in their school uniforms to loud music. They even tried to teach us dancing at one evening in the school.

But because we Germans are normally not that talented in dancing, they played games with us in the break like “hot potato“. Another special evening in the school with lots and lots of dancing was the gala, where the students had prepared a big show with acts that showed how proud they are of their country by lifting the Cuban flag at the end of a dance.

The best thing about our visit at the school was in my opinion, that it was the first chance for us to really talk to Cuban teenagers not only to practice our Spanish skills, but also to listen to the often very interesting stories of the daily life of the students. Furthermore, we experienced how open and friendly the students and teachers are interacting with each other. They act like a huge family in that school and hug or kiss each other on the cheeks just to say “hello”. And in the same way they greeted and treated us.

All in all, it was a very interesting experience for us and we all have learned much in these few days.