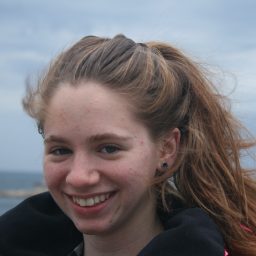 After four months of nautical education the second handing over of the ship started. To upgrade the difficulty, this time we steered the ship only with astronomic navigation. All electronic devices had to be switched off and the only way to find the Bermudas was the traditional navigation with the sun and stars. Since Tenerife some of us have learned these navigation methods from our captain Detlef. First, we learned how to use the sun with the sextant and later to calculate your latitude and longitude with stars. Some people were very fascinated by astronomic navigation and now they were our ship leaders. The four experts are Carl, Benno, Leon and Malte. They applied for the positions of the captain and the first and second mate. Carl managed to be our new captain, assisted by Benno and Malte. Some students weren’t named for a position, but for example Leon helped the three others everyday to find the Bermudas. They tried to shoot all possible suns and stars with the sextant to calculate a mostly correct position. The conditions were very difficult because of squalls, high waves and an overcast sky but Carl and the whole ship crew managed it.

To ensure that the everyday life on board worked without problems, there were other important jobs to be done. In the following part the other positions, their holders and their work are presented. Michi and I were the project managers and mainly planned the next days and wrote lists to organize our life on board. We also prepared clearing in to visit the Bermudas. Sometimes it was a bit complicated to unite all factors, but as a result we had fun most of the time. Taking care and servicing the main engine and generator was Paul’s job as the ship’s engineer. He was supported by Lea and Felix serving as his assistants. The job of the boatswain was done by Marlene with the help of Thomas and Arne. They did a lot of craftsmen work, for example they sewed a broken sail.

Hanna and Amelie were in charge of the first watch, as heads of watch, and sailed the ship every day from 11am to 2pm. After them Jara and Caro and their watch took the ship over for three hours. And after 5pm Judith was head of watch, being supported by Bene. Finally, Kim and Tilli sailed the ship with their watch until Hanna took the ship over again. For a good atmosphere, Luca as Thor’s chef cooked every day in the galley and Julia managed the food storage. That is why she froze in the freezer room with temperatures like in the arctic and sweat by Caribbean temperatures in the dry room and in under-underbunks. Like on traditional ships we had a board mathematician, it was Christoph. He helped the captain with calculations and taught us in Maths.The whole handing over of the ship has lasted for five days. In the end approach we as student-shipleaders were allowed to use electronic navigation methods to arrive at the Bermudas, so we arrived happily and healthily. At the Bermudas we’ll enjoy the beautiful beaches and the last good weather. We all had fun while experiencing us in new positions and we are looking forward to the next handing over of the ship at the beginning of the English Canal.