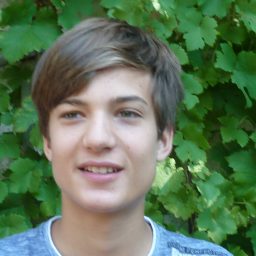 As our journey comes slowly to an end and as we set sails and changed our course for old Germany, one thing is sure. In the long time we have spent together on board of our small vessel, we all have grown together. Now we are more a family than friends, but still running gags and rituals evolved, like it normally happens within friends.

In the following I am going to write a bit more about them because they have become very important for all of us. Starting with the running gags and sayings of ours, I will later come to a few rituals.

From the beginning onwards many of us didn‘t understand irony very well, but the rest did in fact love to use irony. In order to prevent any serious misunderstandings, we started to say: “Wahrschau Ironie“. Of course, that phrase grew less important whilst the time was floating past, but still it has some importance. There are a few people left, who simply do not want to understand irony, like Lea and Julia, so the phrase “Wahrschau Ironie“ still has some importance. The sentence itself changed within the time too, because now you rarely hear these exact words. It became more of a mimic, which shows the ones, who tend not do understand irony, that they are dealing with it.

Actually this phrase brings me to my next point. The word „Wahrschau,“ which means “to watch out”, or „to be careful“ created new gags. After some time, Lenya and others started to discuss the matter, why it had to be the Polish city “Warsaw” and not any other city. In the end Lenya decided to protest, by saying “Moskau” instead of “Warschau”.

Obviously, the language spoken on board left its footprints in our vocabulary, too. Frankly, there have developed a few different ones, but as they are so present, I will write about all of them.

To start with the most present one, it’s important to mention “port side” and “star board”, or in German “Backbord” and “Steuerbord”. Basically, these are completely normal phrases in the language of sailors or seamen, but we somehow abuse them. Somewhere on the long way from Kiel to the Bermudas, we started to always use them. Whenever we wanted to describe a location of a certain object, a person or the path which is to be taken, e.g. let’s say the supermarket, we used them. Sadly, words like left and right have died out completely in our language. As one can see, this running gag developed along the whole journey, but other marks in our language were left by certain events taking place sometime on our journey.

Firstly, Lenya reminded me of one gag, when I talked to her about my blog post. She mentioned a saying, which was invented in the North Sea and the Bay of Biscay and so was almost forgotten. Back then, almost everyone was suffering from seasickness and in order to give them something to eat which they could keep inside them, we started to eat couscous all the time. Frankly everyone who was not seasick, began to hate it and a short time after, even the seasick ones could not stand couscous anymore. Funnily, its effect on the seasickness had changed completely and now, the couscous salad with extreme big pieces of not very well-liked bacon had a very bad reputation. Still we had to eat a lot of that until the Canary Islands. In fact, it didn’t take long, until couscous was associated with our journey, so we didn’t call it by its name anymore, but we called it “KUSKUS”. At least, since the Canary Islands, we never had to eat couscous again.

Surprisingly in the North Sea developed even another saying, which is now one of the most present ones. This one started with Bene, giving our project a new name whilst being seasick. As you could see seasick people everywhere on the poop and main deck and lying in their chambers, he found that the short version of “Klassenzimmer unter Segeln”(KUS) doesn’t mean “classroom under sails” anymore but it’s true meaning was “Kotzen unter Segeln”. Frankly, renaming our project has been a trend ever since. Tilly for example called us “Kotzen und Singen” because there were singing hours in the evening, to distract the seasick ones from their illness. This for once went on along the journey and more names were found. Better fitting ones and not so well fitting ones. In one of our talks at the dinner table, Jara and I had the idea to call us: „Kommunisten und Sozialisten“. We just had left Cuba and the whole matter of socialism was still spooking around in our minds. So we called us „Kommunisten und Sozialisten“ since we discussed that topic a lot.

Now I will come to a few rituals of ours.

Again it’s a normal day on board, I’m going to start with. Whilst crossing the Atlantic, we did a lot of baking bread and as a result, we often had to make a queue from the mess room to the kitchen, to get the bread into the oven. Than we always called out “Kette“ and with the time it grew into something special, too. Obviously this isn’t funny yet, but the funny part was something that Carl said, when I asked him about a few ideas about running gags. He simply said, that the queues, we formed, were running gags for sure because when we hear “Kette” everyone gets up, runs there and laughs because it got a big funny whilst getting used to it. (:

In addition, a new ritual was invented a bit before KUS and not even by KUSis, but it was transfered to our journey. Martin, who joined us for both Atlantic crossings had gotten, like everybody of the main crew, a T-shirt before KUS. Of course every shirt had little phrases, or better jokes on them, who seemed to fit to the person and Martin’s shows the writing: „pädagogisch wertvoll.“ As a result everything became „pädagogisch wertvoll.“ We found that this phrase was just a good reason for everything, so if we do not understand the sense in something, we say it‘s „pädagogisch wertvoll.“

To come to an end, I must say that it is hard to write about the whole topic. We are used to all these running gags and therefore, it‘s not easy to write about them. Of course, there have developed a lot more running gags and sayings and I have only just written down the most important ones. Furthermore, most of the running gags just are gags between a group of people and others don‘t know about them. Within the progress of the journey more and more running gags came up, but they also lost their charm and so some were forgotten. In the end of this short blog post I think it’s worth mentioning all the important songs, which we listen to, whilst being on galley duty. There, it is basically an obligation to listen to them, in order to have a good mood. The most important ones are „Don‘t Gimme that.“ or „Westerland.“

Of course these were just running gags, rituals and sayings of KUS 17/18, but there are probably similarities to other KUS journeys, since they have all developed because of occasions on this fantastic journey. Sadly, time in our little world at sea comes to an end, and we all live in different parts of Germany, so it might be hard to meet again that often. Still, I’m sure that our family, which has developed during the journey will not disappear into thin air. My hope is, that even long after our ship has moored up in our berth in Kiel, we will meet again and that we will remember all running gags, sayings, rituals and our whole journey around half of the world and that we can still laugh about them.