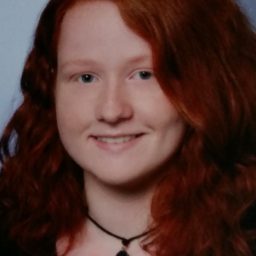 The typical image of the North Sea or the English Channel is nasty weather with big waves and seasickness. Our journey started a bit different than we had expected. This means that some parts were as tough and challenging as we had heard from former KUSis, but there were also many really beautiful moments.
I will start with a moment which was not that good. When we left the Baltic-North-Sea-Channel and the waves got bigger and bigger, the first people got seasick. It was during my watch so I could observe it very well. I, myself, was not seasick and I am really happy about. But even the people who got seasick got well the next day because they had gotten used to the ship’s movement and also, the wind got weaker. We helped each other, for example when someone got sick, another student brought him or her tea to make them feel better. Most of the time the sun shone brightly. For this reason, I had to put on sunscreen. Only the wind was not strong enough for us so we had to drive with the engine to be on time. This means that it was running nearly all the time. One day when the engine was turned off for a few hours it felt strange to all of us because we were so used to the noise that some of us were not even able to sleep without it.
On Friday, when we were in the English Channel something beautiful happened. I was sitting in the library with some other students. Suddenly, Hanna came into the room and said that there was something in the water. A few moments later we heard other students shouting that there were dolphins. So, we all made our way up as fast as possible to see them. I did not even have time to grab my camera. Luckily, some others had their cameras with them so we could catch this awesome moment.
Another wonderful moment was when the sun went down and at the same time three dolphins jumped out of the water. Normally, one only knows these moments out of books or movies but we had the chance to experience that in reality. I still cannot believe that we are here with so many nice people and are able to experience these stunning moments together with them.
On the topic of the nice people here: during our stay (it has only been one week so far!) the people around me have gotten so familiar to me that it feels like I have known them for years. Only the people with whom I am not in the same watch are still a bit unfamiliar to me because we do not see each other often. The reason for this is because when one watch has their watch time, the other watches normally sleep, clean some areas of the ship or have their sailing lesson. However, during breakfast, lunch, coffee or dinner we have time to share our experiences from the watch time or some really funny jokes. The others play some games together when they have free time. Often, this free time is in the evening. My watch team and me have watch during this time (8-11 am and pm) so we cannot take part in these evening games. Despite that, we are allowed to sleep better and longer than the others because we do not have to get up in the night.
All in all our journey has been really exciting so far and we have had a lot of fun – especially with the dolphins. Additionally, even the things which were not that good until now, for example the seasickness, are getting better everyday.