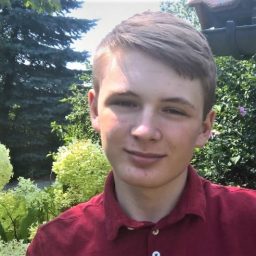 While travelling Cuba, we visited the „Federico Engels School” in Pinar del Rio. We all really enjoyed the visit. The students were very open and friendly, many of us instantly found new friends. We laughed a lot and had many interesting conversations. To be honest, some of us are still missing them until today and would have really wanted to spend more time with them. The Federico Engels School is a school for students from the entire region around Pinar del Rio. The students who do not live nearby live in simple dormitories in groups of approximately 60 boys or girls. The school focuses on science. However, many students are able to speak English pretty well, which erased any language barrier between us.

When we arrived, we were greeted by a school band and a girl dancing barefoot in a red dress with a giant Cuban flag in front of an even bigger Cuban flag. We all were really surprised by this sight, as we are not used to such a patriotic statement. Afterwards, the students showed us around and we got a tour of the school. The giant campus consists of multiple Russian box house buildings painted in Cuba’s national colours: blue, white and red. It was designed for three thousand students, but today there are just approximately 800 students. In the middle of the building complex one could find a big stage on which even Fidel Castro gave a speech once. The school had its own cafeteria which offered for example the country’s basic food: Bread with mayonnaise.

After the school tour we spent time with the students mostly talking about the differences between our lives. However, one thing was not different after all: they have to clean up their school themselves just like we have to do on board. This got me wondering if such a system could also work in my school in Germany. We also played basketball and volleyball together. Some of us learned how to play Domino, which is a national sport in Cuba. In the evening we were given a dancing course by the Cubans and after just a few minutes each of us recognised that we could not keep up with them. On the second day we were given a presentation about the American trade blockade. We also visited lessons, such as Geography, Biology and Chemistry. In the evening we performed some songs and danced with the Cubans.

All in all I can say that we enjoyed the stay at Pinar del Rio a lot. Due to the fact that we were given an insight into “Cuban lifestyle”, I have a feeling that I got a little closer to exploring the country. It was really nice to see them again the day before we left Cuba. 35 students came onboard the Thor Heyerdahl and this time, we got a chance to show them our home as well as our “school”.