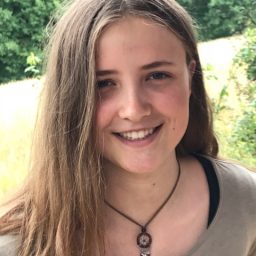 On posters in Horta, at places like supermarkets, cafés and street lights, one can read:

Horta is the capital of Faial, one of the Azores islands, with a famous harbour. These islands belong to Portugal. Many sailors arrive there after crossing the Atlantic Ocean, like we did. On this beautiful island we did lots of nice things – for example a trash collection with volunteers from other sailing ships. We all split up into smaller groups and started to collect lots of plastic at different beaches around Horta. Next to piles of plastic bottles, fishing nets and polystyrene we also found things like shoes. There was one special shoe that caught my eye. While picking this up I asked myself: How did it come to be here?

…I was the left brown shoe of old Captain Pitt and we were sailing on a huge old sailing ship. If you can imagine, I was very proud of that. But one day, it was in the year 1986, we were caught in a strong storm and a huge wave caught me and ripped me off the stinky foot of the captain in the dark, rough sea. Fortunately I was able to swim, so I swam. Wave up, wave down, away from the ship and it got smaller and smaller until it disappeared. Everyday I heard the same, the sound of the waves and the wind. Everyday I smelled the same old salty sea smell. Everyday I saw the same – the ever same line of the horizon, the grey sea and the sun that went up and down. Up and down. Something exciting happened sometimes, for example one day, a sperm whale appeared next to me – what a huge animal! Another day a plastic bottle swam a while next to me. We gossiped a bit. Time passed by and there came the day I will never forget. Suddenly, I was able to see a volcano island on the horizon. Some hours later, I was washed onto a beautiful beach with black volcanic rocks. I could hardly believe my eyes. There was green, lots of green grass and trees, I almost forgot that this colour even existed, because I was so long surrounded by only grey water. There was the sound of traffic caused by a little street with cars. I also heard birds singing and people talking in a language that sounded like a mixture between Spanish and Russian. In my old sailor and travel life I heard lots of different languages, so I noticed that this one must be Portuguese! And I smelled flowers and cow pats – next to the beach was a field of cows. It was like an explosion of all my senses. Oh yes and the friendly plastic bottle I met before was there, too. Serendipity I though. Hikers often made their way along the beach and they told about great waterfalls and a beautiful scenery in the middle of the island. One day a group of young people made their way down to the beach with huge bags. They started to collect the whole plastic trash – I can tell you there was a lot trash washed in from the wide oceans – just like I was. I heard the conversation between two boys – I know I should not listen to but sometimes I am too curious. They talked about the good fresh milk and cheese from the Azores and about their experiences they made by climbing up the highest mountain of Portugal – it was called “Pico”
if I remember it correctly. They continued by talking about the best chocolate cake in the little sailor café
downtown. I started to guess that they were maybe sailors too as I was in my youth. A hand of a girl picked me up and disturbed my thoughts. My journey went on…

You could go on collecting for hours and there would still be immeasurable amounts of plastic. But we did our best and some hours later we had collected lots of bags, full to the brim. It was sad to see how much trash was washed onto the land. And this is only a small part, the major part we cannot see, but it is there – in our oceans. However, it was also a nice day, because we spent it outside, talking to different people and listened to the stories of other sailors. Finally, we had a discussion about what we think on the topic of plastic: how the plastic problem can be solved in the future, does it rely on us…?

Because this is clear: we cannot go on like this anymore. Beaches full of plastic should not be the norm. No more plastic for our nature!