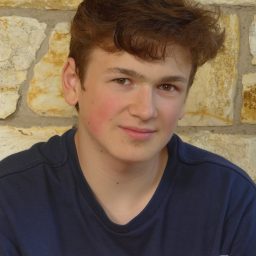 So far on our journey, we have heard a lot about the hike on mount Teide. For example at the wharf. The former Kusis told us that it will be exhausting, super cold but also a great adventure. Well, last weekend, we had the opportunity to find out what it feels like, climbing the highest mountain of Spain.

Of course we couldn’t just start hiking. Our preparation started one day earlier on Friday. First, Kathi presented us the vegetation of the 3.715 meter high mountain so that we could see what is to awaited us. After that, Ruth told us everything we needed to know for a successful trip:

Our plan was to start our journey with the bus at 9 AM on Saturday morning at the port. On our way up we would make several stops to experience Tenerife’s vegetation and vulcanism. From approximately 2,100 meter we’d hike for four hours until we arrived at the hut, which is 3,200 meters above sea level. The next day we’d have to get up really early, to be up on the peak when the sun rises. At last we have to, which is quite obvious, go down all the way
again. We took with us:

The evening before was a bit stressful for all of us. We had to pack our backpacks and of course a lot of us were excited and maybe a bit scared of this big adventure.

The day of the big hike came faster than we thought. Waking up at 6:00, having a nice breakfast, preparing our lunch, cleaning the ship for visitors and then finally starting our journey. Unfortunately, one student was not able to do the hike due to sickness. So as a group of 33 students and 4 crew members we drove through the cold, wet clouds before we got to the point where we left them behind us. Under the wonderful blue sky, Mona had her presentation about vulcanism. It was very interesting. It helped us understanding the Teide better.

Finally our hike actually started. We were all super excited to rock the mountain! The first one and a half hours were relatively flat. We passed the “Teide Eggs”, which are round, big black rocks. But until then, it was just a little walk. The hard part came a bit later. For that we split our group in three: One fast, one medium and one slow group. I was in the fast one, but it was really hard. Up and up and up and up for 700 meters before finally arriving our refuge. The really fast ones were motivated to actually go back down again and take the backpacks from the slower ones. However, after this exhausting day, some people got sick from the heights. They got ill, but the people who felt better helped them.

For dinner we ate Couscous. And even though we ate Couscous in Morocco and after a lot and I actually was sick of eating this, there was nothing better for me, because I felt exhausted and weak. And due to the height, it got really cold. In the evening, we planned our next day. Once again we made a fast and a slow group. But this time, all the unnecessary things for the peak were left in the hut. The faster, fitter group carried all the food or warmer clothing for the peak from the others, that they didn’t have to carry more weight than necessary.

We started for the last 500 meters of altitude at 5:45 for the slow group, and at 6 o’clock for the fast group, so that we could all be on the peak by sunrise in time. 500 meters, that was easier said than done. It is way harder to breathe at that height and as mentioned earlier some of us got sick. And sadly one student actually had to stay at the hut because she didn’t feel well. So – Now with only 32 students we started climbing the peak. The slow group was caught up fast. A lot of us were really struggling. So we decided to go as one group and arrive as one group on the top. The fitter ones were helping the slower ones. We went on, and on, and on and the sun started rising. We couldn’t make it to the top in time, but the sunrise over the ocean of clouds was such a beautiful thing to watch that the hardships were forgotten fast. So with more light we kept going on and short after we finally made it! We arrived at the Pico del Teide – the highest mountain of Spain. Up there, we ate some chocolate and our little breakfast. Although the Teide is a volcano and we stood right next to the crater and hot vapor, it was simply freezing. The wind was fast, additionally in the heights it’s always colder. It gets colder by approximately 1°C per 100 meters. That’s why we couldn’t stay at the very top for long, although the view was amazing. You could see the shadow of the Mount Teide as a giant triangle on the clouds. So after taking pictures, we started to go down again.

Going down can be hard for your knees. Two of us had to go down with the cablecar because all the way would be to exhausting. After a break, we went on (now as a group of only 30 students). At the hut, we made a big break. We were all so happy that we made it! The mood was good in the group. Then, for the first time in our journey, we made a solo. In a solo you look for a quiet place where you are completely by yourself. And then you have time. Time to think about all the things that happened. We had only 20 minutes but sometimes a solo even takes a whole day. You usually have solos after big adventures. I never did a solo before, but in my opinion it was simply great. I had time for myself to digest everything that happened in the last weeks. It has been the most intense time in my life for sure.

The rest of the time till noon, we went down, and down and down again. Nothing really special happened. We talked, laughed and played games and passed the Teide eggs again. We met students of High Seas High School who were on their way up and told them of our experiences.

At approximately 13 o’clock we arrived at our parking space again and were picked up by the bus. We also rounded up the three who went down with the cable car and drove the way back to the harbor where our now happy again student waited. We were all so exhausted on the one hand. But on the other hand, we were happy that we made it.

All in all, climbing Mount Teide was a great experience for me. It was an amazing beautiful hike and we learned how good we work as a group again. Sure, it was exhausting, but in my opinion the positive aspects are much stronger. KUS 2019/2020 has successfully climbed Mount Teide.