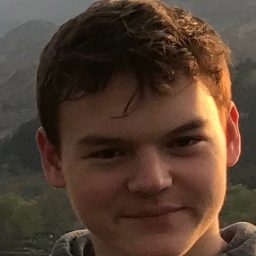 „Hello, is anybody missing? … No? … Ok, good morning watch 4. In our watch we have hoisted the mizzen sail. Set are all gaff sails and all fore sails as well as the square sails. We are driving compass course 240 with 6 knots. We did all safety rounds and documented the weather at every full hour.“

This is an example of the handing over of the sentry duty. Every watch starts like this. This process is very important because it helps the new watch to steer the ship and know which maneuvers happened during the previous watch as well as the course, speed and the hoisted sails of the ship. It is also important so that the new watch knows what to keep an eye on for example some oil in the machine and so on.

As you know the Thor Heyerdahl is sailing 24/7 so there has to be someone every day and night who insures safe sailing. There are four watches on the Thor. Each watch is made up of eight or nine pupils and at least two crew members. Every watch has a head of the watch and can be either a designated crew member or a student that is then called the watch prince/princess. The head of watch has to maintain an overview of the group and the ship and commands the sailing maneuvers, if they are up to it and have learned about that maneuver. The head of the watch is always in control and has to be listened to at all times. Watch 1 sails the ship from 1100 to 0200 am and pm, watch 2 from 0200 to 0500, watch 3 from 0500 to 0800 and finally watch 4 between 0800 and 1100. I am in watch 4, which is good because you can sleep through the night, a very rare occurance, and we don’t miss dinner. The only negative side of our watch is that it starts after dinner and we aren’t part of the evening activities. For example when other pupils play cards or other games we can’t join them because we have watch.

After the old watch has handed over the watch it is the job of the new watch to change the helmsman and the two lookouts. The job of the helmsman is to hold the course which the captain wants. The lookouts have to stand on the poop deck at the railing and look ahead to see whether or not there are other boats or fishing buoys. If they see something they have to report it immediately to the head of the watch.

To make sure the boat is running properly and everything is secured, the watch has to do safety rounds every hour. This round is divided in two parts: on deck and under deck. On deck we have to control if every rope is secured and if the anchor chain is still in place. Under deck we look into the bilges which are in the basement to see if there is water in order to see if we have a leak. We also have to control if the bulkhead is secured and can’t close by accident and have to note the temperatures of the fridges.

However there is not only the safety round but also a round where we look in the machine to check multiple temperatures and oil different parts of the machine.

At every full hour the watch has to write down the weather and note the boat‘s position on the map and in the bridge’s logbook.

This is just the core of our watch time. It could be that the wind changes its direction and we have to do certain maneuvers. If there is signal k which means that every person is needed on deck, every watch has it’s own position on board for which they are responsible for. Watch 1 is responsible for the whole bow. Which means that they have to set the foresails and top sail and if we drive into a port they have to prepare and manage the headline. The watch 2 cares for the foreship, watch 3 for the main deck and watch 4 for the poop deck. On the poop deck we are responsible for the mizzen sail, the mizzentop sail and the fore course. We also fasten the sternline.

After three hours the watch has ended. After this three hours we are always very tired and and every one of us looks forward to his or her bed.