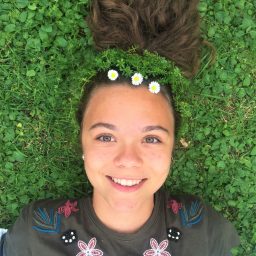 After 10 days in Cuba a big highlight was waiting for us: the small group expedition. We sorted ourselves into five groups by very special criteria. It was important that you weren’t so close to the other group members. It was a pedagogical method that one can picture approximately like this: At first, we had to look each other into the eyes and had to decide how close we are to one another. In addition, we formed groups with the students we hadn’t done much with in the last 4 months. It has been quite difficult because everyone saw the situation in another way. Every one of us could change people from one group to another so the constellation in the end was a decision of the whole group.

Afterwards every group received their province they have to travel to and the teacher who is accompanying them. The preparation started. From this time on you´ve always seen some KUSis sitting around, searching for information in several journey guides. What can we do there? What is the region known for? Where can we sleep? Where and what can we eat? All these were questions we asked ourselves the days before Cuba. Every day we got some time to meet and to discuss our plans in order to present our whole program for the week, including overnight stays, restaurants, museums, transport, actions and sights in the end. Moreover, we had to state how much the trip would cost. Of course, we had a maximum of money as we should live like Cubans.

As soon as we arrived in Cuba some of us – especially those who speak Spanish more or less fluently – called the casas particulares. Casas particulares are families who rent two or three rooms for guests. Sometimes the search for these was more complicated than we thought. But at least, the day before the expedition started, every group had reserved a place to stay.

The first day in Havana the expeditions to Holguin and Bayamo started due to the fact that they had the longest travel with 13 hours by bus overnight. With a lot of brain food in our head and litres of water in our luggage we took off with a night bus to drive through the whole country until we arrive our destination.

Early in the next morning the other groups started as well. During the expeditions every group had an exciting time with lots of adventures. The group in Holguin for example visited not only the city but also a little village next to the sea called Gibara from where they started a trip to a cave system. In Matanzas the group bought 128 breads as the bakery was open 24 hours and baked tasty breads. In Bayamo the town had a water shortness, so they spend one day, searching for water. One speciality from the group in St. Spiritus was that they bought food and cooked by themselves. St. Clara was a city famous for its amount of museums but all of them were closed. That were the expeditions in short, of course just little aspects, but in total the time was incredible. The different cultural events and the daily necessaries were a great way to get to know the Cuban life. We all enjoyed it to be independent and self-responsible.