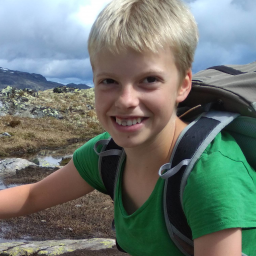 We arrived in Cuba on the 5th of february at the diving hotspot Maria la Gorda – white sand and blue sea, a place only made for tourists. From there we started our journey through Cuba in order to get to know the country, the people and also the political system: the socialism. It is also important to realize that Cuba has massive economic problems, because of the trade embargo that the US started after the Cuban Revolution in 1963. The embargo includes many laws which basically say that the US doesn’t trade with Cuba. But it also means that other countries have to make the choice whether they want to trade with the United States or Cuba. As America is one of the most significant countries of the world, the embargo is only a problem for Cuba. There are many products which are difficult to import, for example, medication or cars.

When we rode bikes through the landscape on the first days, we saw huge posters everywhere with the most famous picture of Ernesto Ché Guevara who acted mainly in the Cuban revolution and said sentences like “Hasta la victoria siempre” which means “Always towards the victory”. Another surprising thing were the stores. On the one hand, there are some shops only for tourists where we found things like cheese, cookies, toothpaste and more. These are very usual things for us and the prices are also more or less the same as in Germany but most Cubans aren’t able to shop there because it is way too expensive. It was a little bit shocking that someone on the street asked me twice whether I can give him shampoo or soap. But on the other hand, there are supermarkets for the Cubans too, the products, especially the food, are very cheap but the variety quite little. In the most markets one could find only four or five different products, usually half of the market was completely empty. One group found a shop that was only filled with 3 kg mango marmalade tins, nothing else. Every company in Cuba belongs to the government, nothing to private persons. In Viñales we visited a tobacco farm, the farmer told us that he gets seeds from the government every year for free, he plants them and has to sell 90% of the harvest back to the government, always for the same price. He sells the other percentage of the harvest to tourists for a much better price.

Later we also drove to Pinar del Rio and visited the Federico Engels school. The students showed us around and whilst getting to know each other, we realized that the most of these ones are very loyal to the political system, the half of them is in the party. If we asked them about the socialism, they never gave criticism and everybody admires Ché and Fidel. I also have to say that most times when we had a conversation about politics there were teachers and other adults next to us. On the other side I only got to know one student who ever left the country, for Cubans it´s difficult to get a visa and the flights are very expensive, too, so most people don’t have the chance to travel outside of Cuba. Because of that reason most of them don’t have another country by way of comparison.

In the evening we also visited the bedrooms of the boarding students. First, there was a greeting, the students showed us some military walks, sang a song about Che and after that they gave us a tour through their bedrooms. About 20 students are sleeping in one room. These rooms are quite plain, but lovely decorated. In every part of the country the education is for free, including meals, overnight stay, some free time activities, the way to school. It’s the same case with the health system.

All in all, I would say that the socialism has advantages and disadvantages. But the thing that impressed me the most were the people. From the first moment I felt welcome in school, the people are friendly, helpful and warm. Finally, I would rather say, maybe I caught a glimpse of solidarity.