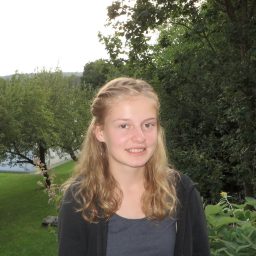 For more than 300 years, the Atlantic Ocean has been crossed by many sailors from all over the world. The giant, powerful sea has strong forces and it is reigned by Neptun, the emperor of all lakes, rivers and oceans, who always wants to be pacified by us sailors. And at some special day, Neptun wants us to be included into his community, so he baptises us.

We‘ve been on the Atlantic Ocean for more than four weeks now, so two days ago, on Thursday, we got a mysterious invitation from Neptun. It said that we should all meet in the messroom on Saturday at 1 pm, wearing swimsuits and -shorts. When we got this message, everybody wondered what we were going to do and why we should meet there. Most of us were very excited and looking forward to the weekend, but others were a little bit afraid of what was going to be done with us.
The Atlantic Baptism is a tradition from our ship Thor Heyerdahl, but it‘s a copy from an original sailors‘ ritual, the Equator Baptism. Because the Thor never crosses the equator, but it crosses the Atlantic Ocean this often, our captain Detlef invented the Atlantic Baptism, which has a similar procedure.
Here aboard there are two people who have experienced the original ritual because they‘ve crossed the equator at some point in their lives: Our captain Detlef and our engineer Willi. Both of them told us that the procedure of the real Equator Baptism is much harder than our ritual, so we can be glad to have an adaptation of the original.
Then, on Saturday morning, there was a big ship‘s meeting where everyone was included. Our captain Detlef told us that we‘ve reached the longitude of 40° West on the Atlantic Ocean and that‘s why we‘re over the „point of no return“ now. We were told that it‘s time to get baptised now, but nobody had any clue what was coming next. Everyone had to meet in the messroom and every door to the room was closed to eliminate any possibility to listen to things happening on deck. Then, one by one, we were told to come upstairs. Because I was the first one, it was even more exciting for me. The procedure was a bit rough, but in a very funny way. What I can tell is, that it was very much fun for almost all of us and in the end we all got a special name, which more or less fitted our personality.
I am sorry to tell you that I can‘t tell much more about the exact ritual because for everyone who will cross the Atlantic onboard the Thor Heyerdahl after us, it should still be a terrible as well as sweet surprise.

Looking back on the ritual on Saturday I most liked that we didn‘t know what would happen and that the crew really loved their job and also enjoyed the Atlantic Baptism. Now we can all feel „baptised“ because of having a funny name and the fact, that we have all done this baptism together in the middle of the Atlantic Ocean.
A funny fact is that straight after Saturday the wind really got better and better. It must be because Neptun is really more pacified now and has included us to his community, so we‘re all looking forward to crossing the rest of the Atlantic Ocean and arriving in the Caribbean.