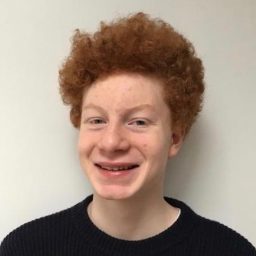 Democracy is an important element of our daily life on board. It is represented in different aspects of the educational concept. One of them was Kurt Hahn’s pedagogic, he emphasized the importance of democracy in the development from a child to an adult. As we partly follow his ideals we have several democratic organs on our 50m school. I will quickly mention the ship’s council and then explain more about our biggest organ, the student assembly.

The ship’s council consists of four students representing each watch, one teacher, one crew member, the project manager and our captain. In total, there are four student voices and four adult voices, a clear democracy. They have weekly meetings to discuss upcoming issues and anything that concerns us. On a weekly basis they revise the whole ship after the big cleaning on Saturday and give feedback about it. A quick fun fact to this is that they ‘award’ a cabin with the golden broom. Adding to this, they are the deciding and managing organ when rules are broken or critical behavior takes place. In long meetings and hard discussions, they decide the consequences. Each stage the council members change, on land we also have a different council.

Now to our student assembly. Regularly we have a meeting every Saturday with all the students. During that time the crew takes over our watch and our galley duty which is very nice of them. It is not possible to say in average how long an assembly takes as it takes from twenty minutes to nearly three hours. It is led by two speakers and documented by someone as well. The subjects depend a lot, some are general plans, others are from the crew and some our personal ideas and concerns. At the end of each stage, for example, we have to make the new cabin and watch plans. Another subject arose when the crew asked us to give them feedback. Another day the students were a little bit concerned about the order in our cabins or had the idea to do a party on the Azores (well, this was obviously just an idea).

Our normal meeting place is the messroom as we can easily hear everyone without screaming around. Still it is definitely not easy to discuss relevant things in such a big group. Each of us has their own opinion and every KUSi is pretty willing to announce it. Sometimes it works in a calm and ordered way, this is very pleasant and interesting as we all listen carefully to each comment. But other times the atmosphere is quite tense and someone throws in his or her opinion while others are talking until they are again interrupted from a controversy sentence. This is very annoying and hard for the speakers. All of this has to do with motivation and it is totally understandable that the control gets lost when everyone sits in a small room while discussing for hours about semi-relevant topics. I think that we got better though.

The whole idea of the student meeting has a completely positive side. We have the big chance to all contribute in our daily life with our personal opinion and therefore cause changes. Not many young people have the privilege to do that so we should appreciate it as much as possible. Furthermore, we can bring the message outside of our system and make the appeal for other youth groups to bring in their voices wherever they are.